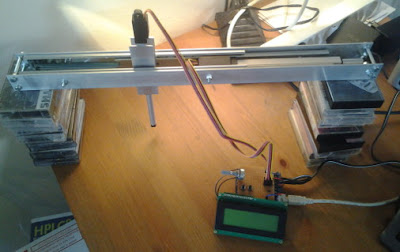 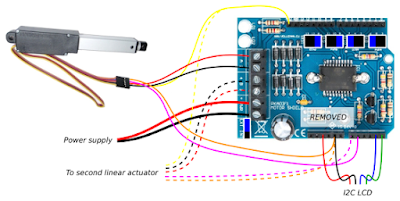 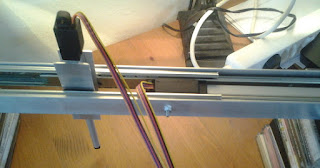 January 19, 2018
So, last week I ordered a freeDSP kit , assembled it and tried to program it on an Ubuntu machine using the freeUSBi programmer. I couldn't get this to work, so I switched from the freeUSBi programmer to an Arduino micro. Since I now finally got it to work, I'll share my experiences and what I find the easiest way to work with Linux and freeDSP. Hardware needed: A freeDSP classic board + power supply (for testing, I'm using a USB port's 5V supply) An Arduino micro Software needed: Arduino IDE (install the latest version from arduino.cc ) Virtualbox (install the latest version from virtualbox.org ) Install Windows 7 inside Virtualbox Install SigmaStudio inside Windows 7 (from analog.com ) Before getting started, please read the Getting started manual created by the freeDSP people. Most of the information I got from there, with some tweaks to get it working from Ubuntu. Step 1. Create a firmware (hex) file Boot Windows 7 inside Virtualbox, start Si
3 comments
Read more

May 17, 2017
I decided I wanted to make bookshelves in our living room. On one of our stranger walls. It is 1 m wide, 3 m high and after 1.5 m up it slowly starts to extend to the right, over our desk and maps. This is the result - "floating" book shelves:   What you'll need: Wooden planks (I used scaffolding planks: 18~19 cm x 250 cm, 3 cm thick) Wooden rods, 3 cm thick Dowel pins, 10 mm x 4 cm Wood glue Screws and plugs (screws should be 2 cm longer than the plugs) for wall-mounting Optional: paint (for either/both spacers, pillars and shelves) Step 1. Design As I like to make stuff as cheap as possible while still looking awesome, I started with sourcing cheap wood. Since a few years, hipsters in Amsterdam are being 'creative' with scaffolding planks ("steigerplanken"), which come in lengths up to 3 m with a fixed width of a little less than 20 cm and which are generally made of spruce ("vuren") or pine ("grenen"). This'd
3 comments
Read more